The Hotelier, the Chef & the Rise of the Leisure Class

In a tale replete with scandal and opulence, Luke Barr, author of the New York Times bestselling Provence, 1970, transports readers to turn-of-the-century London and Paris to discover how celebrated hotelier César Ritz and famed chef Auguste Escoffier joined forces at the Savoy Hotel to spawn the modern luxury hotel and restaurant, where women and American Jews mingled with British high society, signaling a new social order and the rise of the middle class.

In early August 1889, César Ritz, a Swiss hotelier highly regarded for his exquisite taste, found himself at the Savoy Hotel in London. He had come at the request of Richard D’Oyly Carte, the financier of Gilbert & Sullivan’s comic operas, who had modernized theater and was now looking to create the world’s best hotel. D’Oyly Carte soon seduced Ritz to move to London with his team, which included Auguste Escoffier, the chef de cuisine known for his elevated, original dishes. The result was a hotel and restaurant like no one had ever experienced, run in often mysterious and always extravagant ways–which created quite a scandal once exposed.

Barr deftly re-creates the thrilling Belle Epoque era just before World War I, when British aristocracy was at its peak, women began dining out unaccompanied by men, and American nouveaux riches and gauche industrialists convened in London to show off their wealth. In their collaboration at the still celebrated Savoy Hotel, where they welcomed loyal and sometimes salacious clients, such as Oscar Wilde and Sarah Bernhardt, Escoffier created the modern kitchen brigade and codified French cuisine for the ages in his seminal Le Guide culinaire, which remains in print today, and Ritz, whose name continues to grace the finest hotels across the world, created the world’s first luxury hotel. The pair also ruffled more than a few feathers in the process. Fine dining would never be the same–or more intriguing.

His work is not just a fluidly structured dual biography but a provocative history of a turning point in the evolving hotel and restaurant industry. 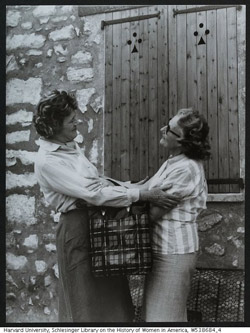 Provence, 1970 is about a singular historic moment. In the winter of that year, more or less coincidentally, six iconic culinary figures, including Julia Child, James Beard, and M.F.K. Fisher, found themselves together for a few weeks in the south of France. They cooked and ate and talked late into the night—about the future of food in America, the meaning of taste, and the limits of snobbery.

The pioneering food writer M.F.K. Fisher arrived in France on an ocean liner, traveling in grand style, just as she had on her first trip to the Continent in 1929. She was in a nostalgic mood, but change was in the air, and she could feel it.

And she wasn’t the only one.

The already iconic Julia Child, star of the television show The French Chef, was wondering just how—French—she wanted to be. Would she break away from the overbearing Simone Beck, her co-author of the seminal Mastering the Art of French Cooking volumes? James Beard, meanwhile, was working on his most ambitious book, American Cookery, making a case for the national cuisine while enrolled at a draconian Provencal diet clinic. And the reclusive (and not always friendly) Richard Olney, whose French Menu Cookbook had just been published, was pointing the way to a new brand of culinary bohemianism. Here were America’s leading culinary voices–joined also by renowned cookbook editor Judith Jones–gathered together in Provence, each of them making sense of the historical moment. 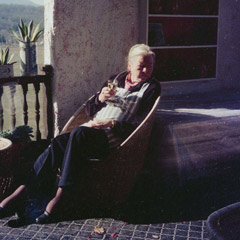 Luke Barr, a grandnephew of M.F.K. Fisher, combines archival research, interviews, and never-before-revealed journals and letters to recreate these pivotal few weeks in the hills above the Cote d’Azur. His dramatic retelling is full of conversations and meals, arguments and unspoken rivalries, and plenty of gossip. But there is also a larger story unfolding, about the democratization of cooking and taste, about a group of people who could feel the world was changing—and they were too.

In Provence, 1970, Luke Barr captures this momentous season, set against a backdrop cinematic in scope. His riveting story traces the beginnings of a modern American food culture, a moment that would alter the course of culinary history and reshape the way we eat now.

See images related to the book

Read an excerpt from the book

Luke Barr has inherited the clear and inimitable voice of his great-aunt M.F.K. Fisher, and deftly portrays a crucial turning point in the history of food in America with humor, intimacy and deep perception…beautifully written.